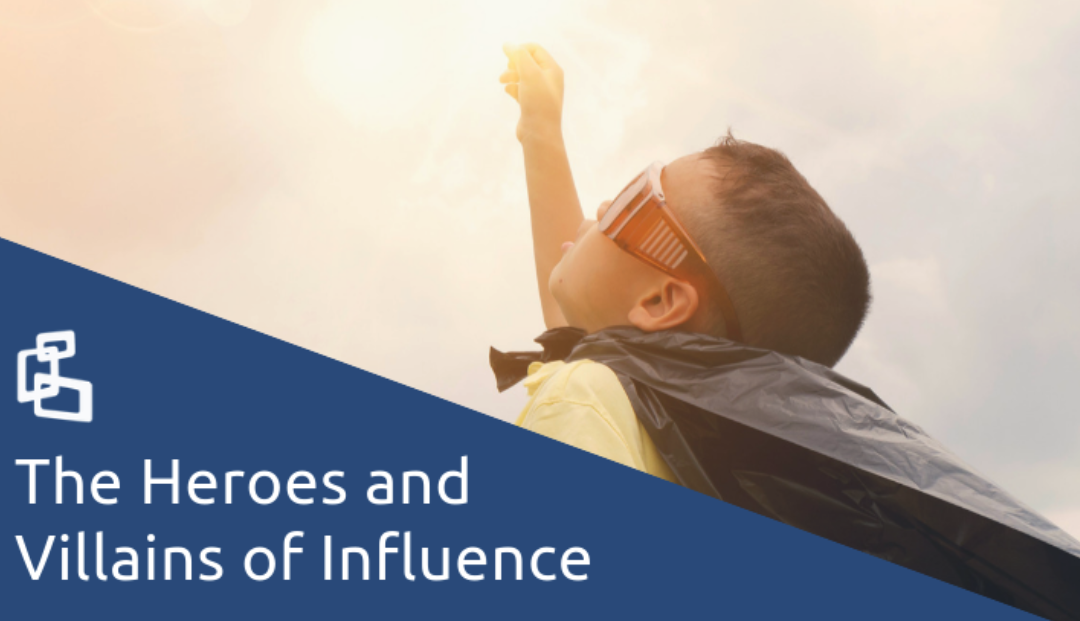 How do human beings make decisions? By choosing the quickest path to pleasure or away from pain.

In the art of influence, this is valuable intel. You can better lead people when you understand their underlying motives.

People are motivated by many different kinds of pain and pleasure. That’s why influential people keep track of their target’s observable triggers – what they want to move away from and move towards. So, today, I’d like to delve into one of the lesser-discussed pain/pleasure triggers. Using this technique can swiftly shift your target’s perspective.

I’ve coined this approach as…

In everyone’s life, there are people we look up to and people we never want to be like.

Heroes and villains are guiding posts in our lives.

The closer you can be like your hero, the prouder you feel about yourself. The more you are unlike your villain, the stronger and more resilient you feel.

When you want to influence someone, identify their heroes and villains to make your message more compelling.

Heroes and villains can come from anywhere.

A common example is a family member. Keep in mind there are a variety of relationships people have with their families.

For one person, their dad might be the touchstone for what is right, how to be an honorable person, and how to care for the people in your life. He’s the hero. And at the same time, another person’s dad might be the benchmark for how not to behave. He’s the villain if you will.

Heroes and villains could be dad, mom, a sibling, aunt, a grandparent, cousin, etc. And when it comes to heroes and villains, age doesn’t matter. An adult parent could look at their 5-year-old and admire them, their personality, and even their fortitude.

A hero or villain doesn’t have to be somebody your influence target has met. It’s normal for people to use authority figures or celebrities as their heroes.

Someone might model themselves after Jennifer Lopez, her style or her business ventures. Another person could aim to model their business and investing approach after Warren Buffet. Someone else might look up to Dwayne Johnson for his work ethic and mindset.

You don’t have to have a direct, personal relationship with your heroes and villains. You simply choose what that person or character represents to you, and if they are worth modeling after or not.

We often make decisions by asking ourselves, “What would [insert hero’s name] do in this situation?”

This is even true for fictional characters.

We all know someone who uses Superman or Luke Skywalker as models for life lessons. Heck, the bookshelf in my office is filled with tokens of my fictional heroes, like Doctor Who, Captain America, and Wonder Woman.

A great example of someone choosing a fictional character as a hero to model themselves after is UFC fighter Israel Adesanya. He uses the series and main character of Avatar as a hero. “Ang, The Avatar, had to realize his potential to be an Avatar by mastering all the elements – water, earth, fire, and air. And I have to realize my destiny by master all the elements of martial arts to be here.” Adesanya says. And that’s why he chose his nickname Stylebender, in homage of the show.

Of course, heroes aren’t always fictional; sometimes they are historical.

I had a mentor who loved to quote Benjamin Franklin. One of his favorites was “Everything in moderation; even moderation.” He usually would say it while sipping on an expensive Port.

The person you want to influence wants to emulate some aspect of their heroes – like confidence, discipline, kindness, or success.

How Do You Use This Influential Intel?

When guiding someone to action, they are more likely to consider what you’re saying when you use their hero or villain to illustrate your point.  Here are a few examples.

A friend of mine had a complicated relationship with her mother. They didn’t get along. Her mom – let’s call her Carol – had some issues and made some very poor decisions that deeply impacted my friend.

As a result, Carol became a villain – an example of how NOT to be – for my friend. Whenever my friend would catch herself slipping into bad behaviors, she would say, “Watch it, Carol.” That phrase was a reminder of who she didn’t want to be. She would use the idea of her mother as a litmus test for what to do and what not to do.

In this case, my friend used her villain as a way to course correct her behavior.

A client of mine always challenged himself to “think bigger.” To help him remember to do so, he would often reference Elon Musk. “How would Elon approach this? What would Elon make?”

So, there would be times in our coaching when I would bring up Elon’s name to help my client overcome mindset blocks keeping him from thinking bigger.

We used his hero to push him to achieve bigger.

I was also reminded this week of the heroes and villains technique while watching the first episode of the mini-series Chernobyl on HBO.

Without giving away any spoilers (but hopefully, you kinda know the story, right?!), I pulled a short excerpt from a scene that demonstrates heroes and villains in action.

Basically, the big-bad thing happened. (You know what I’m talking about!) And in this scene, a council of politicians is deciding what to do. Should they take any action? Or is everything under control? At this point, a group elder breaks up the discussion and says:

Zharkov: I wonder how many of you know the name of this place. We all call it “Chernobyl,” of course. What is its real name?

Zharkov: Exactly. Vladimir I. Lenin. And how proud he would be of you all tonight. Especially you, young man, and the passion you have for the people. For is that not the sole purpose of the apparatus of the State? Sometimes, we forget. Sometimes, we fall prey to fear.

But our faith in Soviet socialism will always be rewarded. Now, the State tells us the situation here is not dangerous. Have faith, comrades. The State tells us it wants to prevent a panic.

It’s true when the people see the police, they will be afraid. But it is my experience that when the people ask questions that are not in their own best interest, they should simply be told to keep their minds on their labor and leave matters of the State to the State.

Zharkov calls upon the name of Lenin to sway the room’s opinion that everything was okie-dokie.

Now, I’m not an expert in Russian culture, so it’s hard for me to determine if he is using the name of Lenin as a hero or a villain.

He could be saying, “Hey, you look up to Lenin. So make him proud by doing what the State wants.” Or, he could be using Lenin’s name as a villain (re: threat). “You guys remember that terrible Lenin guy? You know what happens when you cross the State, right?” The answer might be both. Either way, he uses Lenin’s name for the specific purpose to change the perspective of the room.

IMPORTANT SIDE NOTE: Don’t allow your villains to be the hidden barrier between you and your next-level successes.

Tying It All Together

Heroes and Villains are persuasive symbols in the lives of the people you want to influence.

Therefore, they are an incredibly powerful tool in helping someone see a different perspective, recognize a new opportunity, or try something new.

Plus, Heroes and Villains are also a great shortcut for figuring out your influence target’s Influential VIBES! If you know who their heroes and villains are, you can discern Values, Beliefs, Emotional triggers, AND Secret goals and desires. Whoa! 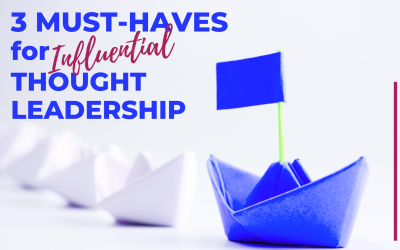